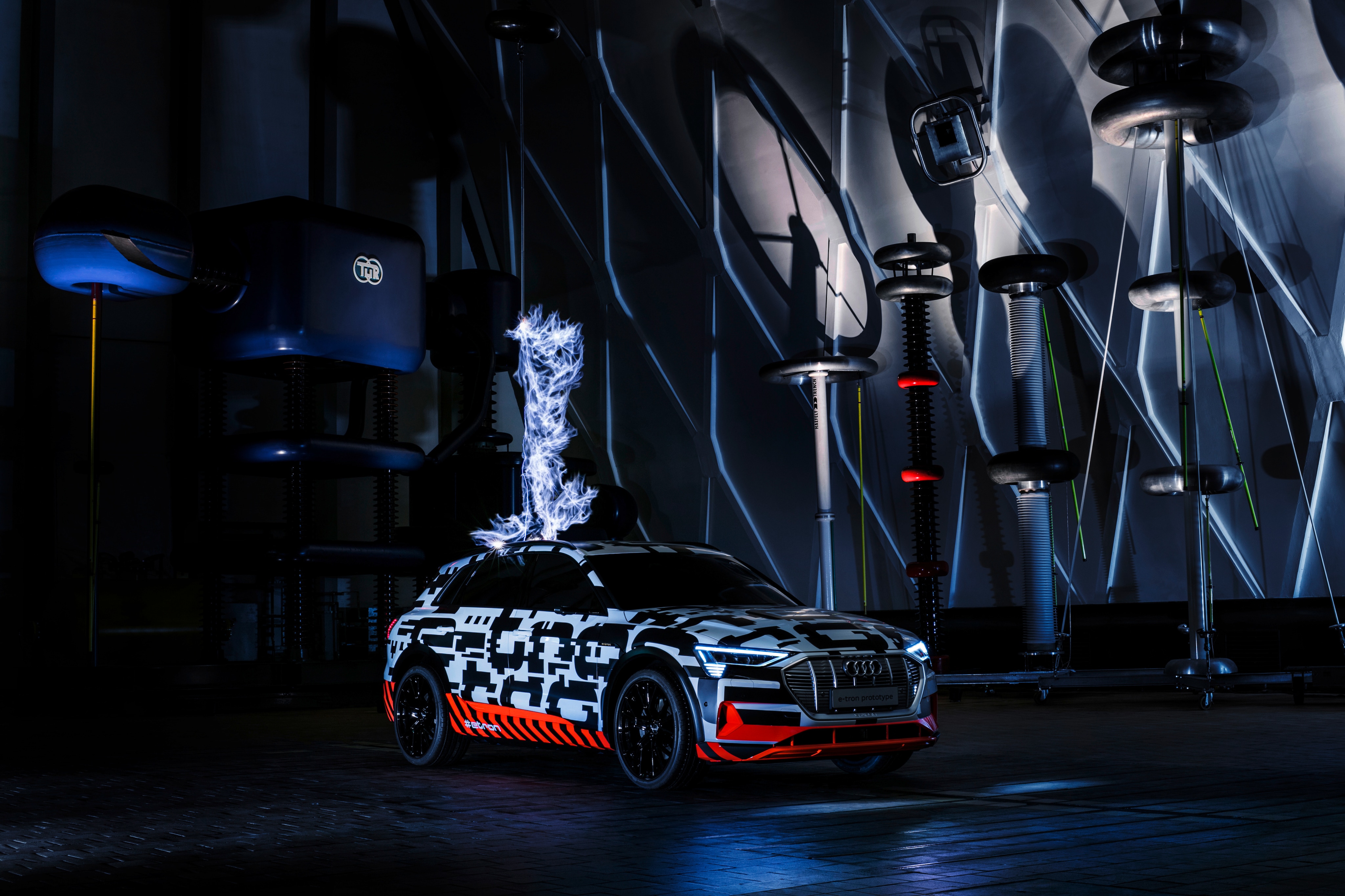 Striking a vehicle with lightning may seem to be a bit unorthodox; however, it most definitely grabs attention. That is exactly what Audi planned with their prototype reveal in Berlin, Germany at the Siemens AG facility. This flashy reveal showcased their brand new all-electric SUV prototype, known as the 2019 Audi e-tron®. Despite being struck with 400 kilowatts of electricity, the only evidence left behind was a small burn mark on the roof of the vehicle where the lightning had struck. All the internal electronics and battery were left unaffected. During this reveal, Audi showed off its unique 2019 Audi e-tron®, which is about a foot longer than a queen size bed and weighing over 1500 lbs.